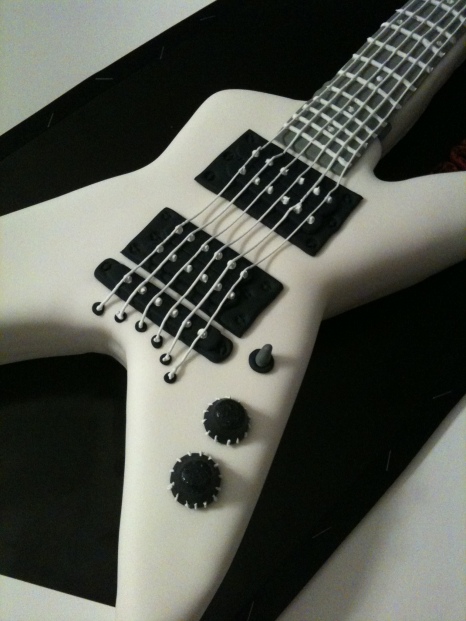 Most 12 year olds get a frozen cake from Dairy Queen, rarely do they get a designer cake in the shape of a Dean electric guitar.

It was my first attempt at making a guitar so I did a bit of research, found a lot of images on the web but a co-worker brought in his own Gibson guitar to show me the general proportions and to explain how these things work.

I carved the cake out of a 2X13X9 inch chocolate Guinness cake, making the neck and part at the back there where the strings hook on into different pieces. My guitare lesson evidently didn’t stick. The cakes were filled once with chocolate buttercream and crumb coated thickly.

I attached the neck and head (for lack of a proper term) with buttercream and covered that section in white fondant. I covered the body of the guitar in white fondant as well, but when I tried to butt the two pieces together, they had stuck down a little too well onto the cake board with my painter’s tape. This is my tape of choice because it has a little bit of give – just enough not to tear the thin paper covered cake boards or damage icing when using it to mask areas needing airbrushing. In this case, it stuck a little too well so I gave up and laid the black and grey sections on to camouflage the gap. I then made the knobs out of gumpaste. Are they called knobs? Well, I say they are.

The strings were the hardest part to execute well, I shifted between making them out of dental floss or royal icing but figured I wanted the entire cake to be edible, so went ahead with royal icing. The first string was impeccable, I was afraid it would break so I piped very slowly. Most of the icing dried in midair before I came back down to the next bridge or fret – it was awesome. But then my hands got tired and by the sixth string, they were clearly sagging between bridges because I was simply piping too quickly.

The guitar pick was an inlaid skull – not the easiest design to accomplish but the effect was fun. The morning of the delivery, in order to take a photograph, I decided to move the cake on its very thin cake board – the strings had dried but they were not able to withstand the wobbly board and immediately cracked. I had a bit of extra string work to do when I delivered the cake.

Derek was very excited, and his parents were happy – what a great treat for a bunch of 12 year olds – Derek made sure to ask me for my business cards, he’s going to be so much like his dad!

– Always use a stiff cake board, beginning to end

– Stringwork needs to be done lethargically slow, by someone with strong hands, so not me 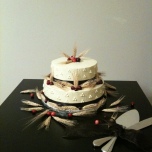 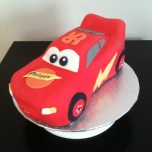 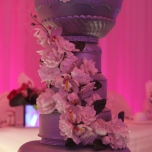 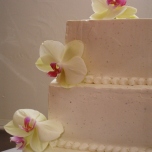 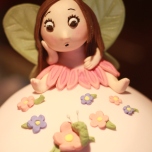 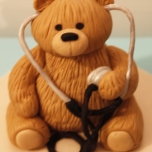 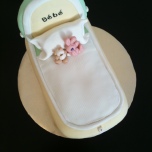 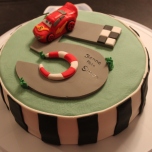 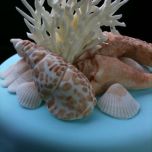 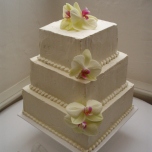 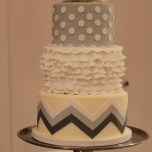 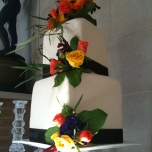 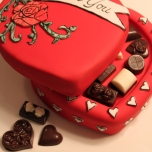 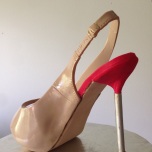 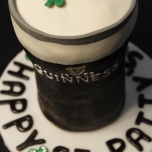 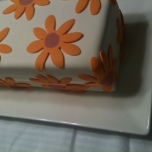 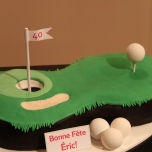 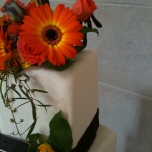 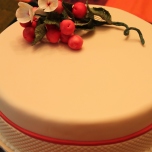 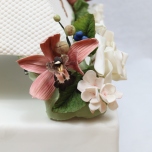 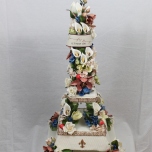